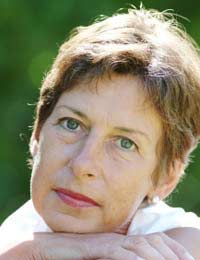 After their parents divorce, many children feel an ongoing sense of anger that sometimes worsens when one or both parents forge new romantic relationships, but stepparents should remind themselves that the children’s reactions are not usually meant to be a personal attack, but simply an expression of their discontent that their parents will not be reuniting. Many children harbour a desire to see their parents back together and the presence of a stepparent, no matter how kind, is a daily reminder that their wish to see their family as it once was is not going to come true.

Children, even those that may seem rather worldly, have a limited understanding of the complexities that adults face, so they often behave in ways that appear selfish or hurtful without meaning to. Kids may lash out in anger that is directed at a stepparent, when they may actually be angry at their natural parents, or even at the situation in general. Children do not yet have the life experience and social aptitude to fully understand how to express their emotions without hurting the feelings of others, but as adults, stepparents must try to avoid letting the thoughtless words of children offend them too deeply. It can help for parents and stepparents to remember back to when they were very young and how enormous their problems seemed at the time. Today’s kids feel things in much the same way, but as they mature and are able to see that there are more than one way to look at things, their behaviour and attitudes are likely to soften.

Helping Kids to Cope with Difficulties

It is hard on kids when their families break up, yet some parents expect their children to cope quietly without having an outlet in which to express their disappointments, hopes, and fears. Children should be allowed and encouraged to share their feelings and to look for ways to feel better about their changing family situation. When given the opportunity to take things slowly, most kids learn to adjust to their new living conditions and may even come to realise that life is better for them than it was while they were living with parents who no longer felt a close bond to one another.

No matter how much children may be reeling from their experiences, they should not be allowed to behave in ways that are purposefully mean or hurtful. Unwittingly stinging a stepparent by withholding affection or being unable to let go of their desire for their natural parents to reunite is one thing, but blatant disrespect is another. Kids, even young ones, can be expected to treat their stepparent with a reasonable level of courtesy, although they should not be forced to feign affection that they do not yet feel. Given time, most kids develop a warm bond with a stepparent who expresses a sincere and caring attitude, but real love cannot be insisted upon, it must be allowed to develop naturally.

Parenting is a stressful endeavour and stepparents may have a harder time than natural parents in dealing with the children’s sometimes less than stellar behaviour. When nerves are frayed and the tendency to take kids’ comments or actions to heart threatens to become overwhelming, stepparents should take a bit of time to exercise, socialise, or engage in some other activity that provides them with a bit of relaxation. By taking a step back every now and then to collect oneself, stepparents (and parents, too) can return refreshed and ready to tackle the tasks at hand without looking at the normal difficulties of parenting as a series of personal attacks.
Next Page

Parenting Children Who do Not Live in your Home