Home > Step Dads > Forming a Bond with your Step Son

Forming a Bond with your Step Son 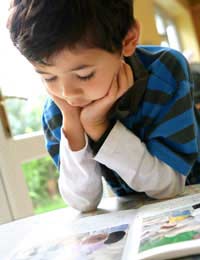 As they are growing up, boys benefit greatly from having a positive male role model, so step-dads who bond well with their stepsons can provide them with a relationship that both generations will cherish all throughout their lives. Being a dad is far more than simply fathering a child; dads are the ones who are there, day after day and year after year, providing love and guidance to the children in their families.

The Importance of a Strong Male Role Model

Many children today are raised in single parent households, most often with their mothers. Too often, boys grow up without a strong and consistent male role model, leaving them with no sound example of what it means to be a kind and caring man. Step dads often fill this void, and when they choose to look at their spouse’s son as their own, the relationship that develops can help the boy to understand the potential role of a man, both as a father and as a human being.

Fathers and sons often have periods when their relationship runs smoothly and others when they have a hard time finding anything to talk about. During the tough stretches, dads often find that they are able to stay connected to their sons by sharing activities, hobbies, or even household chores – anything that puts them in the same place at the same time without any pressure to have uncomfortable conversations. Fortunately, every parent learns quickly that kids, even those who may be hesitant to open up, may have an easy time sharing information about their lives when they are in the midst of an activity, so scheduling shared activities may be the best way for a dad to stay involved in the life of his son, even when the boy is going through an awkward stage.

Much to the disdain of girls and women, men and boys don’t typically find conversation to be a pastime all on its own. Instead, the male of the species often have some of their most meaningful conversations scattered between talk of sports, music, cars, television, or current events. When women aren’t around and the guys have some time to themselves, stepfathers can encourage their sons to be communicative by beginning conversations about things that their stepsons enjoy and then leading the talk toward more serious subjects in bits and pieces. By approaching their sons in this manner, the boys aren’t likely to feel put on the spot, so they may be inclined to open up more than they would if their dads were to go to them and say, “Son, we need to talk.”

Everyone likes to feel that they have people in their lives who are always rooting for them and one of the best parts about being a parent is the role of encouraging fan. Most sons seek the approval of their fathers, whether or not they admit it – which they are unlikely to do when they are growing up – so stepfathers who look for the best in their sons and then provide support and encouragement, give the boys a true boost. While they may be a bit embarrassed on the surface, it is the rare son who wouldn’t be thrilled to get a big hug and a few words of approval from their dad. Stepfathers play an important role in the lives of their children, simply by offering their love and providing their stepsons with a role model worthy of emulating.

Working Through your Problems with your Step Children

Your Relationship with the Children's Father

Activities to do with Your Step Child

Forming a Bond with your Step Daughter

Fitting in with the Children
Share Your Story, Join the Discussion or Seek Advice..
@MeganGYes! My ex managed not to integrate with my son through a whole seven years of our relationship. It was as though he didn't exist. He could quite happily practically ignore him and go about his own life without it affecting him at all. You made a very good point here. Women are different, in that we are empathetic beings and we need to connect and form those bonds and feel loved from our step-kids otherwise we see it as a rejection. Men, they just get on with stuff and it's as if it doesn't matter either way!
Jan - 17-Feb-17 @ 12:32 PM
I'm in that situation as a woman though.My husband's advice with me and his son was to "get over it" and yet his relationship with my son is "a process".It is extremely hard on a woman when the man who married her knew that kids were included and yet it seems like there is no interest in making a relationship with her kids.It's hard for us to trust that our husband accepts us and the kids as his family when he is hesitant on helping unify and blend.You need to understand that we're women and we see things way differently.If a woman didn't care she wouldn't do anything (like it seems men do to their step children) but a woman will care for anyone in her family that she loves, cook, clean, discipline, give pep talks, hugs, kisses, cries when they are disrespectful towards her, make school lunches, put up with ex wife... etc.My husband always tells me I'm imposing when I ask him to take my son to school one day because he takes his son to school twice a week... it upsets me... a lot and I would be lying if I said it didn't
MeganG - 16-Feb-17 @ 6:34 PM
Well, stepping out of the comfort zone here! Married/together 5 years. One biological son, two step sons all aged under 10 years. Wife understands I may never feel the same towards step sons as biological son, yet.... Wife claims I'm detached from the 2 step sons and it's causing issues in our relationship. They moan to her about me out of my ear shot. She is very protective of them anyway. Feel the wife is too soft on them so i bang my chest as a male and attempt to bring them into line and this is where the house starts to stands divided. I could go on hopefully this paints a picture. Help and advice warmly welcome!
Confused - 16-Aug-12 @ 10:49 AM
Title:
(never shown)
Firstname:
(never shown)
Surname:
(never shown)
Email:
(never shown)
Nickname:
(shown)
Comment:
Validate: