Home > Teenagers > Understanding How Your Teenager is Feeling 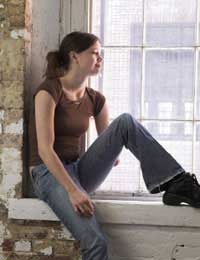 Being the parent or stepparent of a teenager is no easy task. Both generations often feel as if the other isn’t listening to them or respecting their feelings, but with effort, each side can offer the other the support that they need to change their outlook. While parents may wonder what they’ve done to deserve living with a distant or surly teenager, they may want to remember back to their own adolescence and recall what it was like to be at that difficult stage between childhood and maturity.

Teenagers have a lot to deal with, not the least of which is their wildly fluctuating hormones. Both boys and girls go through an enormous transformation during their teen years and may find the changes overwhelming at times. Hormones are responsible not only for physical development, but they can have an enormous impact on feelings, too. Emotions run high during adolescence and many teens are surprised at how emotional they can be. Parents, too, may be taken aback at the behaviour of their teenagers, who were probably more pleasant and consistent just a few years earlier. Fortunately, the difficulties of adolescence are short-lived, so with the understanding and support of their family, the average teenager will be an even-tempered individual again before too long.

Teens: Between Childhood and Maturity

Parents and stepparents may have a hard time with the realisation that their teenager is growing up. Many parents refuse to acknowledge that their babies are no longer babies, but are instead on the verge of adulthood, so they continue to treat their teenage children as though they are in constant need to direction. Realistically, most teens are capable of handling their everyday affairs with simple guidance, rather than being micro-managed by the adults in their lives, and it is only by trying (and sometime failing) that teenagers will learn how to take care of themselves. As difficult as it may be, parents and stepparents need to allow their teenager's to begin making some choices for themselves.

Ask anyone who has raised their children and they will tell you that teenagers tend to withdraw a bit. While it can be troubling to parents who have always enjoyed the relationship that they shared with a child who couldn’t wait to talk to them about the events of their day, their teenager may prefer to converse only when necessary (or to ask for money!). While teens should be expected to treat family members with respect and consideration, some latitude can be given to accommodate their natural need for space and privacy. Unless teens give their parents and stepparents reasons to believe that they are in some sort of trouble, teenage kids should be allowed to have some time and space for themselves.

Emotions and the Teenage Years

Most of us can easily remember what it was like to be a teenager and while we probably thought that we were misunderstood and that no one cared about our feelings, it was almost certainly not true. Emotions tend to be ever changing during adolescence, and the typical teenager may not understand themselves and their emotions any more than their parents do. While there is only so much that anyone can do except wait for that stage to pass, parents and stepparents can offer teens their continuing love and support, letting then know that no matter what, they do have people in their lives who care.
Next Page

Finding Common Ground and Shared Interests
Share Your Story, Join the Discussion or Seek Advice..
I'm a mother of 4 but seem to be having trouble with my eldest child she's 13 this year but my partner and I are arguing about her and causing me to feel stuck in middle!! She does tend to be very bossy and normally mean to her siblings. And often says she's unhappy!? I will also add that it's been nearly 5 years and the children don't have any contact at all with their father. This is because he's violent. My new partner is female. Entering a same sex relationship had its problem which w'eve overcome. But we still seem to on differant pages with the eldest child the other 3 absoluty fine!? Please help someone thank you!!
Mum - 3-Jan-13 @ 6:17 PM
Title:
(never shown)
Firstname:
(never shown)
Surname:
(never shown)
Email:
(never shown)
Nickname:
(shown)
Comment:
Validate: