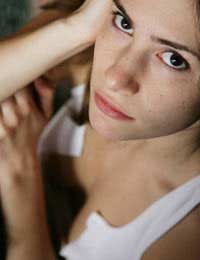 As seasoned parents will tell you, it can be hard to deal with a teenager, but teenage stepchildren can be especially challenging. No longer children, yet not quite adults, teens often test their limits by rebelling, disregarding house rules, and refusing to recognise stepparents as authority figures. While the teen years can be difficult, parents and stepparents can take steps to make them a little easier.

Whether they like them or not (and they usually don’t), teenagers need rules. Although teens are nearly adults, they are not quite there and still need guidance from their parents and stepparents. Teenagers may be inclined to deny their stepparents’ authority, but it is only reasonable that the kids in the house (and that includes teens) be expected to offer their stepparents a reasonable amount of respect and compliance.

House rules should be discussed and agreed upon by both parents in the household so that the kids don’t get into the habit of playing one parent against the other. Ideally, natural parents should take the lead role in enforcing the rules, but stepparents need to be obeyed, too. Sometimes, though, kids (and especially teenagers) may have an easier time accepting rules when they seem to come from their natural parent.

Teaching That Actions Have Consequences

Teenagers need to know that their actions have consequences, so breaking the rules should result in some loss of privileges. The teen’s natural parent should take the lead role in matters of discipline, but they need to make it clear to their children of all ages, teens included, that the stepparent is to be recognised as an equal authority figure.

Stepparents find that it is easier to deal with their teenage stepchildren if the teens have been raised to expect that their ability to enjoy certain freedoms is reliant on their willingness to be respectful and cooperative. Unfortunately, not all children have been taught appropriate self control, and reining in a teenager who has been allowed to misbehave without worry about the consequences can be a daunting task.

Even the most obedient children are likely to go against their parents’ rules once puberty hits, but they must be made to understand that the rules are to be obeyed, even when they disagree with them. While some teenagers are certainly easier than others to deal with, all of them must be expected to adhere to a basic set of safety and respect based guidelines.

Enlisting the Help of a Teen’s other Parent

Ideally, all of their parental figures who are influential in the life of a teenager would work together to establish and enforce a set of standards for behaviour that the teen is expected to comply with, no matter which of their parents’ homes they are at. It can be difficult for parents and stepparents to work together, though, but the resulting differences of rules at each house can end up working against all of the parents’ hopes to raise a teenager who is well-behaved and self controlled. Even if bitterness and hurt feelings remain between the adults, they should do all that they can to set their differences aside when it comes to the children. The best way to deal with raising kids in a blended family is for the natural parents to agree on a uniform code of behaviour and then enlist the help of their spouses in carrying out the plan.

Teenagers are just a short step from living on their own, so it is vital that they be provided with the tools they’ll need to help them succeed once they’ve moved out of their childhood homes. While it can be challenging to deal with the moods and sometimes less than stellar behaviour of teens, parents and stepparents must try to keep their own emotions in check as they guide their teenagers toward adulthood. Calm, consistent discipline, reasonable rules, and a willingness to listen can all help teenagers and their parents to get through the turbulent teen years with as little drama as possible.